The Best Job I Never Took

When I was graduating college in 1996, I was armed with a business degree and a good deal of knowledge about computers.  Jobs were pretty plentiful at the time, so I was hoping I wouldn't have a problem finding a job.

I knew the starting salary range that I would likely hit having seen many of the jobs out there that had come through campus interviews during our last semester.  I figured something in the $25-30k range was what I was to expect.

So, when you hear that I got a job offer for $35k for a job where I sailed through the interview process, you probably figure I took it, right? 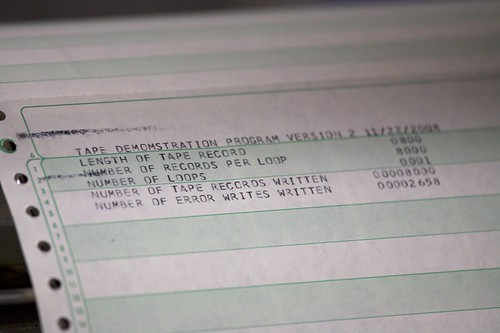 And you probably think I'd lost my mind when I told you that I took a job for $27k, right?

So, why did I turn this job down and why do I carry no regrets about doing so, even fifteen years later?

See, the job offer I got was to be a programmer.  Although I was great with computers, knowing pretty much everything there was to know about troubleshooting, setting one up, etc., I'd never done a single bit of programming in my life.  Our college offered a couple classes, which I never took.

So, right there I knew that I didn't have a passion for it.  Could I have developed a passion?  Maybe.  And, if the second stipulation hadn't been in place, I very well might have tried it.

They knew that I didn't have any programming experience.  They were fine with that.  Programmers at that time were in short supply compared to the demand.  But, they were willing to teach me.  The first month or two of my employment would be classes that would teach me some of the programming skills that they'd expect me to master.

In return for paying for those classes and for paying me for time that I would be not earning any money, they required a two year commitment.  If I left before that two years, I'd have to pay them back for the training classes that they would provide.

It was too big of a risk and I turned the job down.

Now, I never tried to do any programming, even after that.  I suspect that I wouldn't have been very good at it.  The closest I equated programming was high school geometry.  In geometry, one of the things I hated more than anything was writing out ‘proofs', where you had ‘the answer' and were supposed to show how you got there.  I could do most of the proofs, but was very inefficient at them.  I would take fifteen steps to prove something that most people could do in five or six steps.  I suspect that my programming skills would have been the same.  I applaud those who are great programmers, I just don't think I would have been one of them.

The job I took allowed me to utilize and build upon my knowledge of how computers themselves work, and even though the job I took paid less, I loved it.  I loved the people I worked with, I loved the skills and experiences I gained.  I loved that it was a stepping stone to higher paying jobs down the road.

Had I been focused only on the money, I would have taken that job in a heartbeat.

Now, this was a job that I wasn't qualified for that I didn't take.  In future posts, I'll tell you about two other times when I received offers on a position that I didn't have experience with and how they worked out.

Have you ever taken a lower paying job offer over one that paid more?  If so, what drove you to that decision?