Those were the words around our house a couple of weeks ago.  It wasn’t me that was suck, and luckily those afflictions weren’t all for one person.  They were split between two people, but unfortunately they were our kids.

Both kids got sick around the same time.  What first appeared to be the standard cold that kids pick up after play dates grew into more persistent symptoms.  Neither was sleeping good, be it for nighttime sleep or for naps, and the congestion wasn’t going away.  After the fourth day, my wife decided to take the kids to the doctor.

Little Boy Beagle had bronchitis (with a touch of pneumonia) in one lung, and Baby Girl Beagle had a double ear infection.

We go to a great pediatrician and they set them both on the recovery rather quickly.  Within days, both kids were feeling better, and I’d say that the worse has passed (with the exception being that I fear that my daughter could be prone to ear infections…just like I was as a kid).

So, now that everything has passed, I thought I’d take a look at what these illnesses cost us.

Nobody likes going to the dentist, right?

The way I figure, though, is that it’s a necessary part of life (if you want teeth past your 50’s), so you might as well make the most of it.

I’ve always paid more for dental work than is absolutely necessary, and I’ve never regretted it.

We have a dentist that doesn’t participate as members in any dental plan. 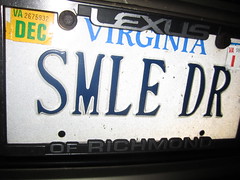 What does this mean?  That while insurance plans will cover their work, they do not have negotiated rates with any one insurance company.

Health insurance is expensive these days any way you look at it.  There’s no way of getting around the fact that you’re going to pay more for health care than you did even a few years ago.

I’ve seen a lot of advice on how to save money on health care costs to counter-act some of these rising costs.  One of the items that shows up on almost every list is to negotiate your bill.  In other words, try to get the doctor’s office to accept less than what they bill you for.

This sounds great, but I’m wondering how effective it really is.

It’s open enrollment time in a couple of weeks.  We got notification that our plans and premiums aren’t changing at all for 2012.  No increases in premiums, and they’re actually lowering co-pays and out-of-pocket maximums.  This is way against the trend of what most people are seeing, but keep in mind that they raised premiums on average of 30% last year and doubled co-pays, and I think the backlash was severe enough that they realized another increase might incite a revolt.

We briefly considered the High Deductible (HDHP) plan for 2011, but we ended up going with a traditional plan due to the fact that we knew we were having a baby and would require the use of quite a bit of insurance.  The estimates I ran last year showed that the potential savings of using the HDHP was only a couple of hundred dollars, where if anything went wrong, the risk was a lot higher.

Read moreHelp!!! Do You Think Families Benefit From HDHP/HSA Plans?

Our health insurance has changed for the worse quite a bit over the past couple of years, as our contribution levels have skyrocketed, while deductibles and out-of-pocket expenses have increased.

One thing that hasn’t gone away is the preventative services premiums.  Annual physicals and all required immunizations are covered at 100%.  No co-pays or anything.  I think this might be mandated nowadays by Obamacare, but that’s so complex and convoluted, that I really have no idea.

All I know is that when it comes to having kids, the fact that all immunizations are covered is a huge money saver.

Our newborn daughter went in last month for her first series of shots, and they rang to the tune of $450.  That was actual payout by the insurance company to the office.

Back in June, when my wife was going into the hospital to deliver our second baby, I was all about priorities.  Was she comfortable?  Would she get in her room right away?  Would they have her midwife paged?  Could we avoid paying for the phone?

Ever the frugal daddy-to-be, I remembered that last time we were there, we made one phone call during the entire course of the hospital stay, and payed a few bucks as a standard phone charge.  Figuring we could just avoid the phone charge, I asked them if they could disable the phone for outgoing calls.

The nurse told me that they couldn’t, and that it was a bundled charge with the TV.

Bummer.  Kind of a rip-off really, because I’m sure that they know that pretty much everybody is going to watch TV if possible.

By now, everybody is aware that the debt deal passed.  I always figured it would and that it would take until the last minute.  It’s just how things get done, especially in today’s ultra-partisan government.

One of the things that it included means that anybody that works should be prepared for a 2% pay cut starting next year.

Simple.  The FICA payroll tax holiday, where taxes were rolled back by 2% for 2011, have virtually no chance of being renewed under the agreed terms.  Although it was only a one year agreement originally, the hope was that it would be able to be extended for at least another year (hmm, just up until elections, how convenient would that have been?).

As many of you know, my wife is pregnant with our second child.  Both pregnancies have been very healthy for her, but there have been a couple of bumps along the way that have been checked out.

A few weeks ago, around her 30th week, she started having some persistent cramping in and below her stomach area.  She called the OB’s office and talked to the nurse.  After hearing that they had been going on for quite awhile, they advised that she should definitely get checked out.  They wanted her to get hooked up to a monitor to check the baby’s vitals as well as to measure whether my wife might be having contractions.

Normally, this is something that the OB office can handle.  In fact, with her first pregnancy she had a similar occurrence, and they had her come in to the office and get checked out.  Thankfully (as was the case this time), everything checked out OK, and the symptoms eventually went away after some additional rest.

Read moreAn Example Of Why Health Care Costs Are So High

When it comes to the whole health care debate here in the United States, I’m not on the ‘left’ or the ‘right’ side.  I think it’s sad that politics have largely been able to take over the debate, when the bottom line is that it’s tied back to the health and well being of so many citizens.

For those that don’t think there aren’t fundamental problems with the health care system, just read this article from MSNBC, where a drug that’s largely been available for decades is going from $10 per dose to $1,500.

And what makes my blood boil is that this is related to the health of premature babies.  The drug is designed to reduce the rate of premature deliveries for those mothers (and babies) who are at high risk.

Read moreYes, There Is A Problem With Health Care In America

For the last couple of years, I’ve suffered from skin eczema, particularly over the winter months where the cold, dry air exposes my already vulnerable skin to a greater potential of outbreak.

In the three years it’s really affected me, this has been the coldest winter we’ve had.  I’m happy to say, though, that it’s also been the winter that has had the least impact on me.  I think I’ve finally found balance!

The first year I had problems, there was a spot next to my mouth that got very red, very raw, and very itchy.  I spent the first few weeks in denial, figuring it would just go away.  I finally went to my family doctor at the time, who gave me a cream that only seemed to aggravate the issue.  He then referred me to a dermatologist.  As it was my first time ever visiting a dermatologist, I figured maybe it was normal that it took quite a few visits to get seemingly nowhere.  He had me try two other creams (neither of which worked particularly well), he made me get skin patch testing to see if any particular chemicals might be causing it (inconclusive), and recommended that I change many of the personal hygiene products I used.

Read moreDealing With Skin Eczema In A Bitter Cold Winter