Confession Time: I Got Charged With The Stupid Tax

So yesterday I wrote about how we're planning a vacation.  Awesome.  Well, the vacation just got $300 more expensive without a thing to show for it, and it's completely my fault.

Yes, I made an error and got charged with the stupid tax, and what really sucks is that it's to the tune of $300.

So, when it came time to the booking of the flight, I went back when I should have gone forth (OK, maybe the other way around when you read on, but that way just sounded better).

Yes, I sat down to book the flight and, for whatever reason, my mind remembered a previous iteration of the week we had decided to go.  So, I happily booked the flight, received the e-mail confirmations, and was happy as a clam.

It took me a week to actually realize that something was wrong when my wife and I were having an innocent conversation about her getting her hair done, which she scheduled to occur before we left on our trip.  She mentioned the date and how it might be hectic since it was the day before we were flying out.  I commented that, no, her hair appointment is a week and a day before we are leaving.

No sooner than the words were out of my mouth and I felt the sinking feeling in the pit of my stomach and I knew what had happened.  A dead run up the stairs and a few mouse clicks confirmed my worst fear: I had lodged in my head the exact wrong date(s) for our trip, and had booked with the wrong dates in my mind.  I checked and I even requested the wrong week off at work.

Luckily they're not going to charge me to move my week!

So, I had previously been very happy to have found our flight and what I thought was a reasonable rate.  I had even commented that, since my in-laws were driving down, that we were avoiding the excessive fees that they've been piling on everything.

Yeah, not so much. 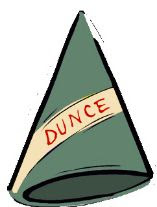 When I went to the reservation system, I found that the charge per ticket for changing flights was $150.  That's $300.  I called Delta in hopes that I could plead my way down.  I first spoke to someone that was about as unsympathetic as could be and even hung up on me when attempting to ‘check into' things.  Sure.  But, I called back, and spoke to a great customer rep and a great manager, but as great as they were, they couldn't/wouldn't help.

So, I grudgingly made the change and ended up paying airline fees that I had bragged about being able to avoid.

That's the part that kills me is that I was able to avoid them, but with all the confusion, I skipped the step of verification.  I should have never made the booking alone where my wife, as a second pair of eyes, would have caught the mistake.  At the very least, I should have sent her the e-mail confirmations, in which case she might have realized my mistake and could have alerted me to the problem (you do have 24 hours to make a change without the charges).

I guess I thank my stars that we found out when we did, because it could have been a lot worse.  As it was, the correct flights were the same price as the originals.  I'm sure if we had discovered our error closer to the actual time, the prices could have doubled, in which case we would have had to deal with fare increases on top of the $300.

Still, I am very disappointed in myself.  It's hugely discouraging to see a good chunk of money disappear that could have been avoided.

In short, it sucks getting hit with the stupid tax.