Making One Good Decision Is The Key To Everything

Monday through Friday, my alarm goes off at 5:04AM.  I have two options:

My goal is to work out three times a week minimum.  More would be nice but anything less than three and it's not a good week.

I don't do anything too intense. I have a recumbent exercise bike in the basement, so I'll head downstairs to use that.  Sometimes I'll lift some of the dumbbells that we have down there.  During spring and summer months, I've been known to walk around the neighborhood and enjoy the sunrise.

But, it all starts with that first decision. 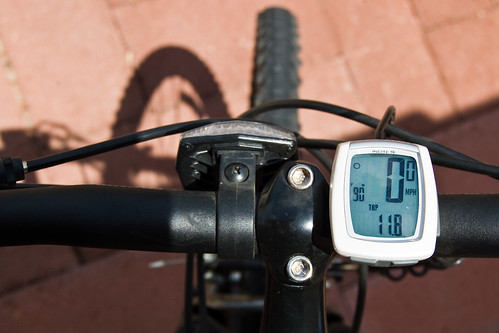 I've found that the decision on whether to wake up or sleep in goes much further than that.  It can lead to an overall impact much greater than that of just the workout.

In an average workout, I burn, for the sake of argument, 150 calories.

Not too shabby, right?

Except it often goes further.

On a day when I work out, I know that I've already started things on the right foot.  So, when it comes time to pass the candy jar later in the afternoon, I'm more likely to pass on a day when I've worked out versus on a day when I haven't.  That can be 100 calories of no-candy eating.

When I get home from work, I'm normally hungry and I'll usually have a snack at the same time that Little Boy Beagle wakes up from his nap as a way to tide me over until dinner.  One of my favorite things to snack on is graham crackers.  I've found that on days when I work out, I might grab a sheet, break it in half, and eat just that.  On days when I don't, I'll eat an entire sheet or maybe even more.  That can be another 100 calories!

Add those three things up and we're talking a difference of 350 net calories in a single day, but the ‘indirect' benefits have already become more of a factor than the direct benefits derived from the actual workout.

The same can hold true with financial decisions.  If you're on a strict budget, and you go out on a whim and spend $10 that wasn't accounted for, that might look innocent enough especially when you figure that $10 isn't going to really break the budget that much.

Only that $10 purchase can open the door.  After all, if you can afford $10 without an impact, what's going to stop you with the next thing you want that's $20? After that, it could be $40.  Keep going and you'll suddenly be wondering how you spent $500 over budget at the end of the month.

All because you made the $10 decision that started the whole thing.

I truly believe that making one good decision is the key to making a lot of other decisions that will help things go your way.